Hearts swooned as JP wooed Ashley on this season of  The Bachelorette.   While the happy couple did find love, one Tampa personal trainer did not.  But do not fear, ladies!  Nick Peterson returned to Tampa, head held high, and dove right back into his passion- training people to become physically fit; especially training brides to get in killer shape for their weddings!  Andi Diamond Photography had the opportunity to photograph Nick in our South Tampa studio and pick his brain a bit about the show.  We also opened up the floor to some of our current brides-to-be who are huge Bachelor/Bachelorette fans to see what burning questions they had for this South Tampa personal trainer. 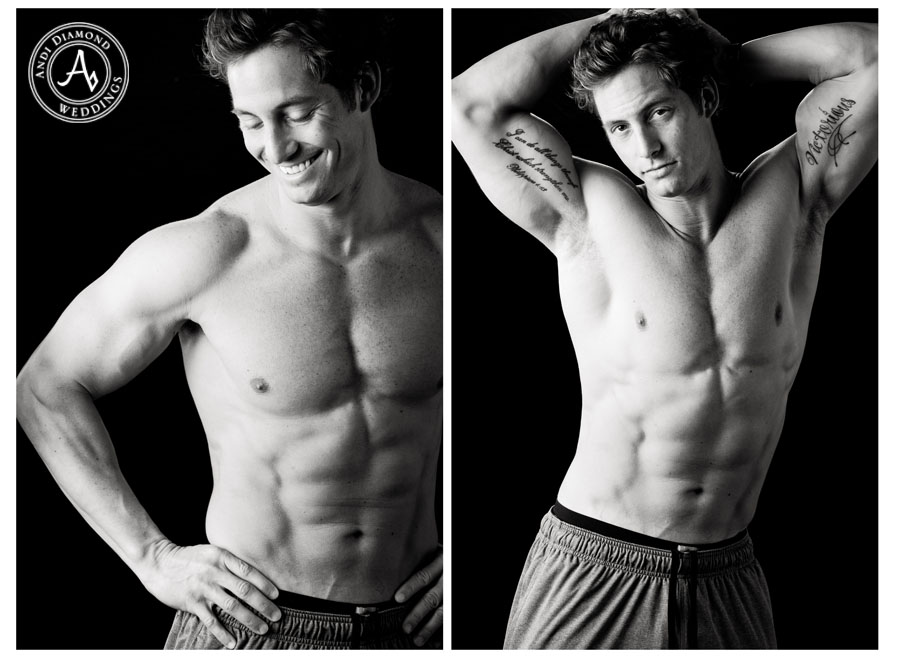 1.   I would like to know his thoughts on the Bentley saga????  Was Bentley as bad as they made him out to be?  Being from Tampa- does he know Bentley? I didn’t know Bentley before going out there to film…met him at the first cocktail party.  He was nice to me and we had several conversations about how he missed his daughter and thought it   was best if he went home.  Had no idea he wasn’t interested in Ashley, to say the least! Lol

2.  What was his favorite part about being on the show? Traveling with the reamaining 12 guys and the crew was incredible!  I had never been overseas so Thailand was quite an experience!

3.  Did they really drink ALL the time? Not ALL the time…we slept for a few hours.  Haha no but there was always plenty of alcohol available…whatever and whenever you wanted.  Some guys would get up and start their day with a mimosa.

4.  What was the mask guy like? I took a liking to Jeff right away…some guys didn’t.  Especially Tim the drunk.  Most people found the mask odd but it really didn’t bother me. Jeff and I are good friends and still keep in touch quite a bit.  He’s actually really funny and I think people got to see that side of him when he made his appearances on Bachelor Pad.

5.   Who was his favorite guy to hang out with on the show? Ames and I quickly became buddies.  We’d always work out together in the mornings and cook up some healthy food!

6.  Has he remained friends/in touch with any of the other guys on the show? I still keep in touch with quite a few of the guys!  I speak with William, Constantine, Ben F, Ben C, Blake, and Mickey the most!

7.  Would he want to be the Bachelor? If given the opportunity, I would definitely accept the role as the Bachelor!

9.  Was he able to workout? We did workout…I would create little circuits for the guys who wanted to workout.  That was probably dumb on my part to help the other guys stay in shape! Haha

10.  Was there a gym at the house? There actually was not a gym in the house.  I was upset when I heard that!  But I took bands and tried to get creative to keep in shape! 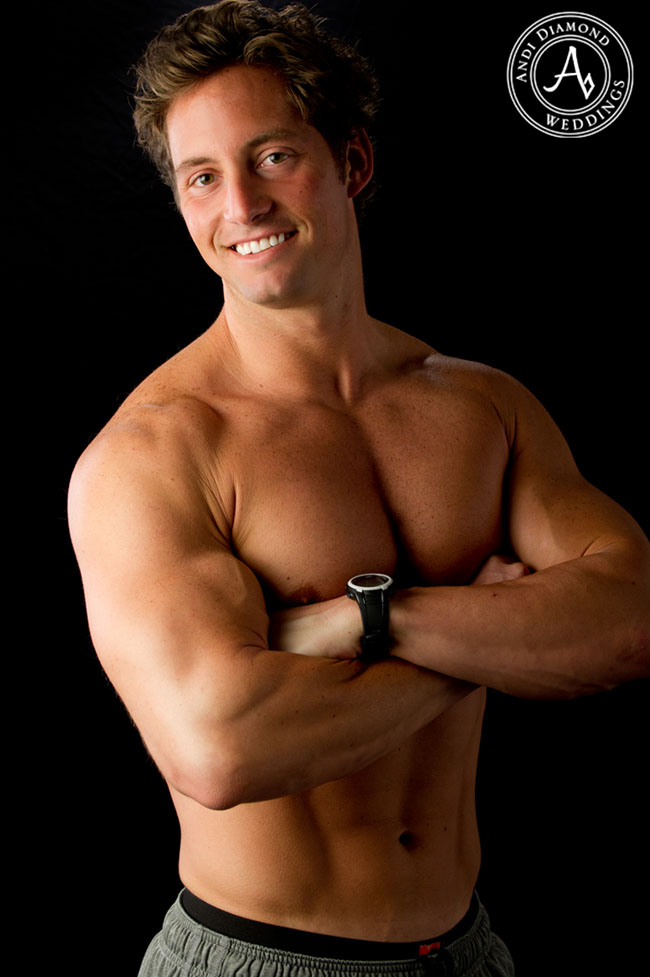 11.  Did Ashley work out all the time? I don’t know if she worked out much or not.  She lived at a different house.  She was definitely in shape so I’m sure she had been preparing for it!

12.  Does he think Ashley and JP will make it? I know most of the relationships in the past haven’t lasted, but believe it or not I think these two will.  JP is a great guy and Ashley is head over heels for him, so I can see them making it.

13.   Did he even like Ashley??? I was interested…but that’s the most I can say since I got all group dates.  The one-on-one date is key, and it’s unrealistic to have any serious feelings after four group dates.

15.  What do you think is the best diet out there? I don’t believe in any fad diets.  They may help you lose weight fast, but you’ll end up putting it back on, and more.  They key is learning how to eat healthy for life and that’s something I help my clients with.  It’s a marathon, not a sprint.

16.  Best triceps exercise? For toning the triceps, focus on dips and tricep extensions.

To check out Nick’s Bachelorette training, click HERE to learn more about his fitness programs for you!

On a side note, make sure to stop by the Andi Diamond Photography booth this Saturday, October 15 at the Tampa Convention Center for the Great Bridal Expo.  Register to win a complimentary engagement session with Tampa wedding photographer, Andi Diamond, wedding photography incentives, and personal training sessions with Nick Peterson (think….bye bye bat wings of the arm, hello strapless wedding dress!)  Yes ladies, he will be there, and yes….he is single.  But I guess if you are there for a bridal show, that does not really matter.   But you have single bridesmaids, right?!  :).  Hope to see you there!

This site uses Akismet to reduce spam. Learn how your comment data is processed.