Just a few weeks ago Chris contacted me from Kansas to see if I happened to have 11/11 available to photograph his and Joanna’s Florida destination beach-front wedding.  I just so happened to be free.   Chris shared with me his and Joanna’s story. And the story went something like this: The two met at a church youth group through some mutual friends in Festus, MO. They were both 16 and had May birthdays. They hit it off and became the best of pals! Chris led worship and played keyboard and Joanna sang. Neither was interested in dating at the time but they both admired one another deeply and developed a close friendship. Though Joanna moved away, they stayed connected through the years.  They drifted apart and started families but interestingly their lives paralleled in many ways. Both worked for traveling ministries. Both worked for global ministries. Both worked in marketing and media. Both often took the road less traveled and both found themselves single again at age 42. One day, Chris messaged Joanna on Facebook. The two struck up a conversation and began catching up. It was like putting on your favorite slippers! They chatted online for a while and graduated to a phone call. And then another, and then another. Joanna was online dating at the time and Chris would offer his friendly advice, “That guy is not right for you….no, move on from that guy…” Over time, feelings started to develop between them so they decided to meet up in person and just see what would happen. In the words of Mrs. Potts, “There was something there that wasn’t there before!” The two felt so connected they could hardly be apart from one another. One or two hour phone calls turned into three to five-hour phone calls nightly. They talked about everything! They traveled on weekends to see each other and as messy as it was, they both knew they never wanted to part ways again. This was the “one more chance” they both dreamed about.  So, with their children, and closest family and friends by their sides, their got married on Redington Beach this past weekend.  The whole thing was organized in less than a few weeks…and to say it was perfect would be an understatement- gorgeous weather, a flawless sunset, a rainbow, and even fireworks.  Yes, it was their story book ending to the start of a new chapter in both of their lives. 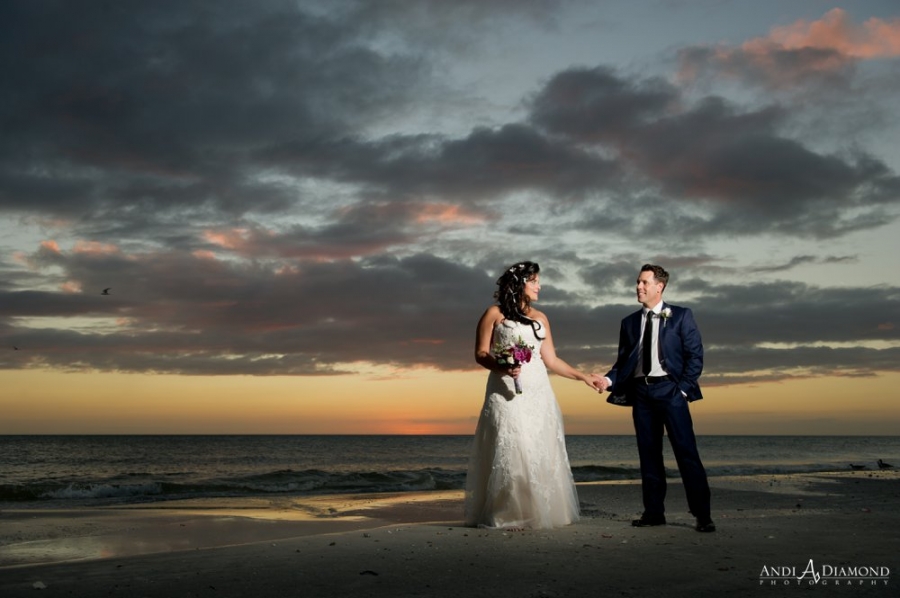 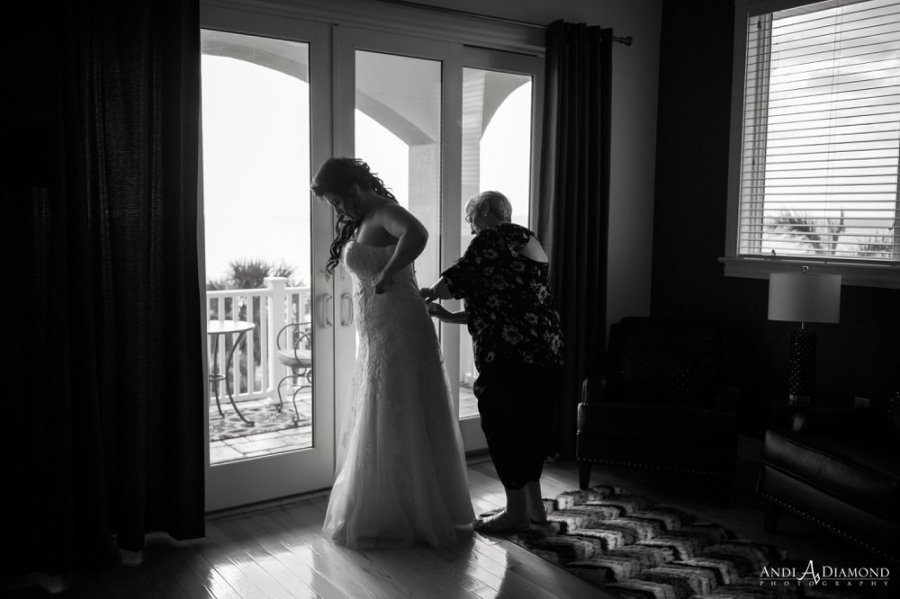 Joanna’s borrowed and blue was this Tiffany & Co. diamond necklace and earnings- which were over 100 years old.  The thought of this slipping into my bag may have crossed my mind…:). 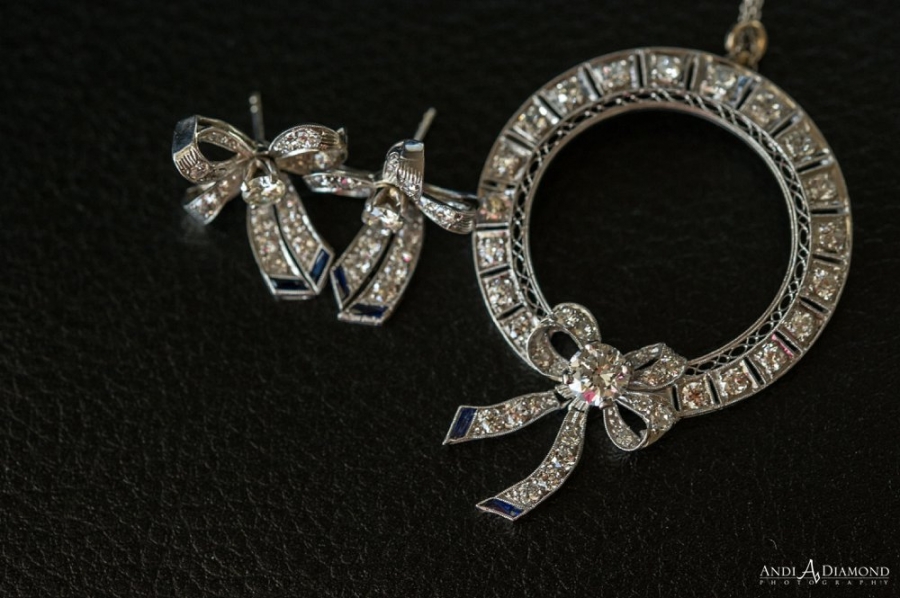 Joanna is truly a bombshell- and a total natural on the other side of the camera.

Chris was beaming with happiness all day!

Who is lucky enough to have a rainbow (AND a gorgeous sunset AND fireworks) on their wedding day?  THIS couple!

Congratulations to the bride and groom (and your families).  Thank you for your trust in Andi Diamond Photography.